Providing And Installation Of Pumping Machinery For Twell, Const. Of Pump Chamber, Boundary Wall, Making Connection With Existing Pipe Line And Other Works Contingent Thereto Complete In All Respects Near H.no.6700, Sector 56, Chd. 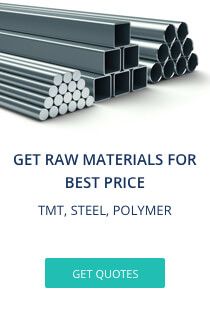 Chandigarh is undoubtedly one of the fascinating cities and is famous as the dream city of Prime Minister Sh. Jawahar Lal Nehru. His dream city is located at the foothills of the Shivaliks and is recognized as one of the best examples of urban planning and modern architecture from the 20th century. The name Chandigarh was after a Chandi temple that was located near the place. Chandigarh has a prehistoric past as 8000 years ago; there were the Harappans who dwelt in this place. The fossil from that era still indicates the presence of a variety of aquatic and amphibian life. The mild slanted plains now were once a vast lake girdled by marshland. In the year 1947, since the area was huge, the land was divided into two parts- East Punjab and West Punjab. In 1948, March, the Government of Punjab discussed with the Government of India and decided to approve the area of foothills of the Shivaliks as the new capital. However, from 1952 to 1966, Haryana was removed from Punjab and Chandigarh remained the capital. Later on, during the reorganization of the states, Chandigarh was considered as one of the Union Territories, which is a part of the fragile Himalayan ecosystem. The master plan for the township was done by Le Corbusier that created a master plan similar to a human body. His project consists of a head, which is the Capitol Complex, heart as the City Centre, lungs as in the open green lands. He also added intellect as the cultural and educational institutions of the city, the road network as the circulatory system. The fundamental concept of the township was based on a human being's primary duties like working, taking care of the body, circulation of blood, breathing through lungs, etc. The residential sectors, City Centre, educational institutes, healthcare institutes, Industrial area, leisure valley, etc. cover a large area. Later on, the city plan also added a path for cyclists to the network of roads. The city is concerned about its environment, and so they keep planting trees and consider that as an integral part of the Administrative curriculum. The Chandigarh Administration has recently initiated a process of publishing Chandigarh e-Tenders from the key departments in a phased process. The Chandigarh tenders include activities related to the Municipal Corporation, the Housing Board, and all the wings of the Engineering Department. The Administration also facilitates the vendors to get accustomed to the new e-tendering system in a one to one session in working days. But if you find it challenging to keep a track on the latest tender published, then you must download the BidAssist app today. This app can help you be precise and specific about the data you want to browse and help you win the bid easily.
Save Filter
Sign In