Procurement Of Model Of Safety Mascot 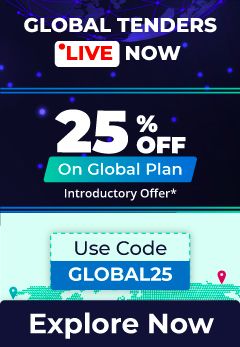 Gujarat is an Indian state in the northwestern region of India, on edge with Pakistan and Rajasthan in the northeast, Madhya Pradesh in the east, and Maharashtra and the Union territories of Diu and Daman and Dadra and Nagar Haveli in the south. The Arabian Sea borders the state both toward the west and the southwest. Gujarat: The State got its name from the Gujara, the place where the Gujjars stayed, who managed the territory during the 700's and 800's. Strategically located on the West Coast, Gujarat is likewise a Gateway to the rich land-bolted Northern and Center Vicinity of the nation. Gujarat initiates the Indian walk for the "Worldwide Economic Super Power" status with access to all Important Port-based Countries like UK, Australia, China, Japan, Korea, and Gulf Countries, and so on. It is fueling the vision with its dynamic contributions in education. Information is the Power of Gujarat, Synergizing Excellence, and Innovative considerations with the ability of the youth are what Gujarat has covered well. Here knowledge establishes its tone to accomplish objectives with a motivating power. Gujarat has set a time period for Electricity Management. Broadband availability and continuous electricity supply have stayed instrumental in rural development. Bridling Water Resources with an accentuation on saddling precipitation water and logical administration of water. Upgrading Physical, Social, Economic Security. Security and prosperity of citizens. Expressions of the human experience and specialties have a vibrant social past and linked to the present innovation look. One can discover an assorted assortment of Embroidery with Inheriting ability with an unmistakable style of embroidery and traditional expressions. Woodcutting, stonework, gems, and so on are different regions that make Gujarat, a significant center of traditional expressions and artworks. Gujarat is home to unimaginable diversity because of its geographic and vital location. Its Gujarati pride and rich social legacy are reflected in expressions of the human experience, music, writing, strict conventions, cooking, fairs, and celebrations of each city and spot. Gandhinagar is the State Capital of Gujarat. Named after Mohandas Karamchand Gandhi, the father of the country, it is arranged 32 km from Ahmedabad and is proudly the best-planned city in India. Ahmedabad, Surat, Baroda, Rajkot are some significant urban areas of Gujarat which have been located to have the best of custom, history, engineering, culture, and theory of Gujarat in a climate of extravagance, excellence, and comfort. The public activity includes different dialects, customs, celebrations, festivities, outfits, nourishment propensities, and homes of individuals living in various areas of Gujarat. The social structure has been worked in Gujarat because of its land, social, strict, and word related diversity. The humble natured, continuing, and persevering Gujarati's dwelling in its urban communities, towns and towns have expanded their economy and undertakings in Gujarat as well as all over India and the rest of the world. The Gujarat government releases various nprocure tenders in Gujarat for the developmental work of the infrastructure, healthcare, and other such facilities. Gujarat tenders are also released for recruiting the workforce for various local self-government, scientific research centers, and civil works. Many PWD Gujarat tenders are issued for road development and community infrastructure management. The Gujarat government has its e-tender Gujarat portal for various online tender applications. To know more about tender related information, log on to BidAssist, and get all the detailed and regular e-tender Gujarat alerts on your fingertips. Subscribe to its premium plans and unlock the perks and benefits of the Gujarat tenders.
Sign In
Save Filter