... More
To know what Andhra Pradesh government has posted about any AP etender, Bidassist helps us to get a one-stop platform where a registered bidder can have access to the details on each and every eprocurement tender. There is no need to provide the details on the AP E-procurement website i.e. https://www.apeprocurement.gov.in as BidAssist helps us find the specific etender we're looking for. BidAassist has collated each and every Eproc Andhra Pradesh Tender on its website.
... Less

Supply And Transportation Of Plb Hdpe

Did not find the tender you are looking for?
Report a missing tender
Email Tenders
1-10 of 1502 active Tenders 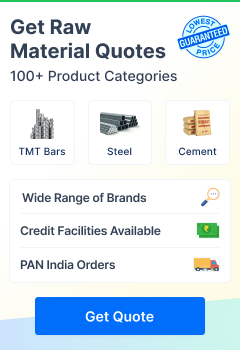 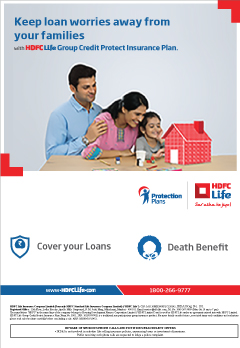 Andhra Pradesh is a state located in south-eastern coastal region of India that is seventh largest state in terms of area I.e. 162,975 ( 62,925 sq mi). Also, it is the tenth most populous state having 49,386,799 inhabitants. It is bordered by Telangana to the north-west, Chhattisgarh to the north, Odisha to the north-east, Tamil Nadu to the south, Karnataka to the west and the Bay of Bengal to the east. It has the second longest coastline in India after Gujarat, of about 974 km The state was the first one to be formed on a linguistic basis in India on 1 October 1953. On 1 November 1956, Andhra State was merged with the Telugu-speaking areas of the Hyderabad State to form Andhra Pradesh. Amaravati serves as the capital with the largest city being Visakhapatnam. It has a total of 26 districts, twelve in Coastal Andhra region, six in Uttarandhra and eight in the Rayalaseema region.
BidAssist is a unique online platform that helps us to get any information, updates or notification about each and every single e-tender at one location. It gives us a seamless user experience that lets us explore everything about all the public and government tenders. It provides more than 8 filters that let us sort the most relevant e-tenders as per the issuing authority, category, state and city, etc. It is a one-stop destination which is sourced from trustworthy sources like the official website for eProcurement Andhra Pradesh (https://coalindiatenders.nic.in), official news bulletins and newspapers. BidAssist lets us access a complete list of all the latest active tenders in the state by just typing Andhra Pradesh. For any query related to ECL tenders, one can reach the BidAssist customer care centre at 1800 102 9586.
Andhra Pradesh Tenders on BidAssist
Tender | Panchayat Raj Engineering Department Tender | Tender | Tender | Tender | Tender | Tender | Tender | Tender |
Viewing any AP e-tender across departments, organizations, and projects has been made easy through BidAssist. Below mentioned are the steps for the same


Following these above mentioned steps, one can easily login into Bidassist to view and download all the relevant tender details or the documents required.
Step 2: Search the AP tender oppurtunities by entering related keyword, e.g. Andhra Pradesh e-tender or etenders in Andhra Pradesh, etc. One can easily view and download the details of all the active tenders by opting for the BidAssist plan and that too by just typing the name or category of the tender in the search box. It also provides a list of every issued e-tender Andhra Pradesh in the "Archived" section even those which are now closed.
Step 3: Download documents & follow Andhra Pradesh e-tender Follow the tender for which the documents have been downloaded. It enables us to stay updated with further updates if any. Also, it lets us receive all the important notifications in our email.
1. Who can be a professional bidder for etender Andhra Pradesh? Business Entities like companies, partnership firms and proprietorship companies can apply to become registered bidders for Eprocurement Andhra Pradesh on the official website i.e. https://tender.apeprocurement.gov.in.
2. What are the sources of Tenders? The tenders are published by the various departments of the Government of Andhra Pradesh. Using the E-Tendering System, the users of the participating department will: